Streams In The Desert

Then will the lame leap like a deer, and the mute tongue shout for joy. Water will gush forth in the wilderness and streams in the desert. (Isaiah 35:6)

At the end of the 1880s, Mrs. Cowman and her husband lived in Glenwood Springs, Colorado, the US, for the first year of their marriage. She could not stand the high altitude of the Rocky Mountains and became very ill. The couple then moved back to Chicago where they stayed for the next ten years.

In the early 1900s, they went to East Asia to do mission work for nearly two decades. Mr. Cowman had to return home because of declining health. While taking care of her husband, Mrs. Cowman witnessed how he faded away every day and conceived Streams In The Desert, her soul’s outcry written in the form of a diary. Unexpectedly, when the book was published, it inspired countless souls who were groping forward in the dark. The book was later translated into multi-national languages and continued to influence many people far and near, and across century.

After Streams In The Desert, Mrs. Cowman wrote another sister's book Springs in the Valley. It also recorded her spiritual trajectory in difficult times and brought forth tremendous response.

(Note: Streams In The Desert was produced in response to the needs of time and audience without any funding in those days. TWR HK would like to thank Ms. Chen Yafang for being volunteer announcer for this program. If you feel the move, please support TWR’s program production and administration fees. Thank you.) 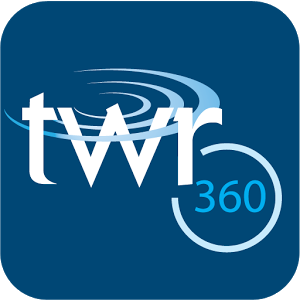